South African Ways: Things That Will Never Leave Me

I lived in South Africa for almost seven years and it probably wouldn't surprise you to know that it has kind of rubbed off on me.

Which makes it sound like a hairy dog that just brushed passed my leg and coated me with dog hairs, but the 'rub off' is actually a whole lot more pleasant than that.

Here, in no particular order, are a list of things that South Africa has given me that I will never lose. No matter where I am or what I am doing, I cannot see any of these not being a part of my life forever more.

Now that I am settled back in jolly old England, chatting to family and friends, I find myself having to stop and think ... "what is the ENGLISH way of saying that?".

South Africa, as you may or may not know, has a staggering ELEVEN (yes, eleven) official languages and most South Africans I have met over the years speak an interesting mix or at least three or four different ones. 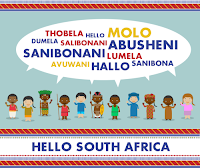 That mix makes it easier for people to relate, because somewhere in their conversations they can find words that both sides understand. And some of those words are definitely stuck with me for life. Especially as this is the language my two boys have begun their lives speaking.

1. Lekker (pronounced 'lakker') means awesome, cool, very nice. As in "thank you for dinner, it was lekker" or "I like your new jacket, lekker man". You should roll the R at the end of the word as you say it and for me, it is way more expressive than 'cool'. The word just goes on for as long as you want to roll your R! Lekkerrrrrrrrrrrr.
2. Ja (pronounced 'ya') means yes, or yeah or any affirmative response. EVERY South African I have ever met says Ja. Nobody says 'yes' or 'yeah', like, EVER. Anyone who responds 'ya' in the U.K. however is considered a bit posh. Folk will think I am pretending to be something I'm not.
3. Cellphone. I know, my American readers will be looking puzzled but you see in ENGLAND it's called a Mobile phone. Mobile, or even Mobi for short. Like with many of my language adjustments, I adjusted to saying Cellphone or Cell because if I said anything else when in South Africa, I'd get puzzled looks followed by perpetual "Oooo, are you from England?" conversations. And the same goes for Movies, called films in the U.K. or Pants, which in the U.K. are called Trousers.
4. Yebo, which means Yes but in a really excited and affirmative way. e.g. "I just won the lottery, YEBO!!"
5. Malhala, which means free, but as in costing no money as opposed to being free in the literal sense. It's used in advertising often, i.e.: "Buy one, get one MALHALA!"
6. Also. I know, 'also' is an English word but it's just not used as often here as it is in South African English. In the U.K. if you want to express that something is more, you say 'too'. As in, "I want a coffee, and a piece of cake too". Here in South Africa, the same sentence would be said "I want a coffee, and a piece of cake also". Similarly, "I want a piece of cake too" could become "I also want a piece of cake". Subtle difference, but one some folks here in ol' Blighty have commented on when they speak to me. Apparently, I say 'also' an awful lot.

Laundry?! I know, who'd have thought that my laundry practices would have changed huh? But they have I tell you, they have. Firstly, I'm not scared of hand washing anymore. I can't believe that when I lived in the U.K. I would actually shop for clothes avoiding like the plague ANY that had a wash care label that said 'Hand Wash Only'. But get me now, a few lessons from African neighbours and hand washing became a non issue to me and I can't believe the idea used to stress me so. I actually lived in Africa for the first two years with no washing machine. I did all of our laundry, yes I said ALL, in the bath using my feet to work it. That's right, you put the clothes and the soap powder in the bath and you dance your clothes clean. I'm even making it sound fun huh? 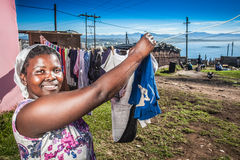 And the way I dry my clothes on the line has changed also, as an African lady once pointed out to me - if you hang your coloured laundry on the line inside out, then the colours remain good for much longer. That might not be such a problem in England, where the sun is not often as strong as it is in Africa but it's such a habit now to turn the clothes inside out before I hang them that I don't think I could break it.

To most English people, the very idea of going to South Africa, let alone settling there, is in itself - downright scary. I have family members who, despite the cheap flights and free accommodation, never took the chance to visit us out there and experience the country. I think they were probably too scared to go.

But guess what? It's not as bad, anywhere near in fact, as they think it is. Whilst there is a lot of poverty and the opportunistic type of crime that this tends to breed, you really TRULY are no less safe there on a daily basis than in most civilised countries.

You just need to know the Safety Rules and if you remain aware and alert and follow them, there's little chance you'll be in any danger as you go about your daily life. My family and friends may think I'm fearless and brave, but little do they know that I just learnt the correct way to behave. Which incidentally, is the same kind of rules you would follow if you were heading to any large City pretty much anywhere in the world. Yes my nervous Brits, even in England.

Ubuntu is an African word that roughly translates to mean 'Human Kindness' but is often used to describe a type of life philosophy that upholds the belief in a universal bond of sharing and caring that connects all humanity.

To demonstrate the difference that has made to my life, it's the change from feeling annoyed,nervous or put out when someone asks for your help to actually empathising and wanting to help someone when they are obviously in need of some. Realising the difference and the good you can do in someone else's life if you take your head out of your own arse (or problems, if you will) and put your attention to someone else, your fellow human. In short, I have lost my fear of 'strangers'.

Whatever you need help with in South Africa, you will find it fast and there's a lot of people in need of help, right on your doorstep, in your neighbourhood and in your community and you feel moved and obliged often to get involved. Without wanting to diss my own country folk, or anyone else for that matter, the more Western way, shall we say, is to hide the folk that are in need from those that are doing okay.

It is normal in South Africa to see a fellow human suffering or in need and want to help. Whether that's a craftsman at your door who's trying to make ends meet and sell you something, a car with it's hazards flashing on the side of the road, your local school in need of fundraising or someone sat on the street begging for money to buy food. Do we walk passed and do our best to pretend we didn't notice them? I find a lot less so since I lived in S.A.


Maybe just outdoors in general? I have always been a lover of nature, a lover of the outdoors. But gee whiz (another South African phrase I realise I'm struggling to stop saying) JUST LET ME GET OUT THERE!! I quite literally, crave the outdoors, SPACE and the sunshine these days. As do my kids, who from birth probably spent around 80-90% of their awake time outside. In places like this; 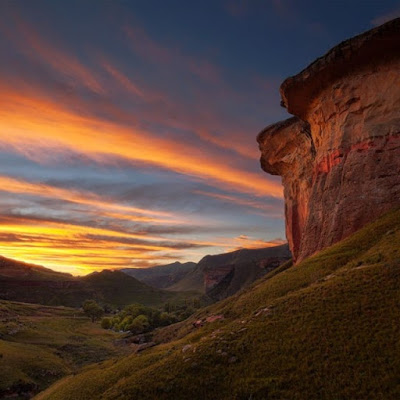 England's weather is obviously not quite as temperate, shall we say, as South Africa's but sod it man. We go out. We wrap up warm or in waterproofs and we just frikkin get out there. I can't not. I get that around the country most folk are probably indoors, with the heating on but I just can't any more. I cannot stay IN. I am a creature of nature, and I want out into the bush/wilderness/countryside as often as I can.

And geez do I need the sun. I'm like a flower, turning to follow it. I feel depressed when I haven't seen it for a few days. I'm pale, I feel physically slower, tired more often and I've put on a fair amount of weight. Bleurgh!! Give me sun and outdoors now please. I need my nature fix man!!


Beloved Africa. It truly is the Mother, and living there has made me realise that I am just another one of her children. I definitely left a piece of me there when we left that will never be anywhere else.

As another writer (who's name I cannot remember) so perfectly put it, "Africa found a place in my heart. And she's quite happy there" 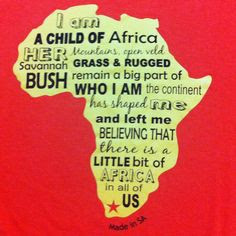 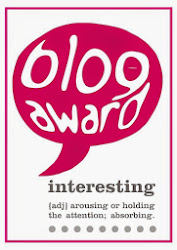